The grueling angst-ridden-week has been survived w/ all its incessant-nihilistic-tormentors. Ahhh, at last we can rest w/ ease upon our ochre-plaid-lazy-boys, to sip cold sweaty bottles of delicious girly-Mike’s-Lemonade? But wait! The cellar! We forgot to restock our supplies of Chex-Mix for the Mayan-Zombie-Apocalypse! Batten-down-the-hatches, zip up your pitched tents, another Saturday Night Slice is nigh!!!

On this edition of Under The Stairs we take a look at Alan Moore’s visionary take on DC Comics’ Swamp Thing. That’s right, before Alan Moore startled the world with his chilling tale of Jack The Ripper in From Hell or his ground breaking graphic novel The Watchmen, DC Comics gave a “no name writer” a hack at this elemental monstrosity, Swamp Thing.

And stick around after tonight’s Under The Stairs for news on next Saturday night’s blog!

A “scientist guy” gets blown out of his lab into a swamp, to emerge from the murk with swampy-powers. So how is that scary?!?! Give to Alan Moore annnd Wa-lah! The man-turned-monster is now only the monster or as Alan Moore so eloquently puts it “a vegetable with delusions of grandeur.” But how is that scary? How could waking up to realize, everything you felt, dreamed, hoped for, desired physically, mourned, was nothing more than a ghost-print, a carbon-copy, of somebody else’s. Experiences you had absorbed through your root system like any other plant, but add some super-goo, mix well, and you are…what are you?

A study in the horror that exists, feeds, in those muddy faceless depths of what it means to be (and not be) a human organism…

“There is a red and angry world. Red things happen there. The world eats your wife. Eats your friends. Eats all of the things that make you human. And you become a monster.”

Have you ever checked out Alan Moore’s Swamp Thing or know of any other great finds missed by most avid horror fans, please share! With your comments below!

Ah, our time has returned to us… the week’s cruel taskmasters and calling-mistress-vices hushed for a short while. Yes? But as the night comes near, there is yet one last thing that must be done. Draw the blinds, lock the doors! Before the last rays of daylight are spent! Saturday Night Slice is upon us!

And stick around after tonight’s Guts of It for news on next Saturday night’s blog!

The oldest Craft: The Storyteller 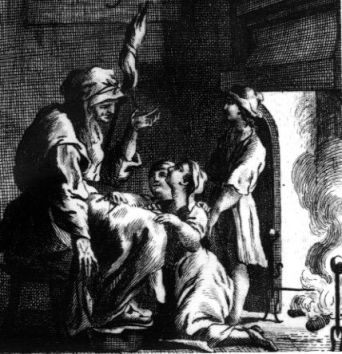 Before there was a local dance club to jive at, a London Globe Theatre to attend, even before there was the Sistine Chapel’s ceiling to stare up to or an Iliad scroll to unroll there were the storytellers. And though we only see small glimpses of its craft used today, great masters of this art still walk among us to haunt our ears.

If you have not heard for yourself a book on audio you are missing out on more than a unique experience, but a testament to the secret-fire that is… words. And if you haven’t heard a scary story told in this medium, holy sh*t man! You don’t even know fright till you heard Wayne June do Mountains of Madness!

First, let me say, it’s not about having a voice like Vincent Price or Christopher Lee that makes a book (short-story) scary. It helps, no doubt, by all means it helps! But to say that’s all it takes would be like saying, dousing a horror flick in a bucket-of-blood makes it an instant classic?!

I remember the first audio book I ever listened to. It wasn’t even a book it was a short-story: Stephen King’s The Mist. 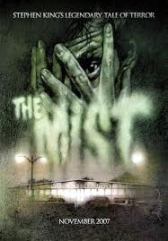 I was just a kid, and this was years before they would make the movie. I still remember being so scared at the end of the story I had to sleep with the lights on, in the living room, and I still thought something was gonna burst out from the shadows to get me! But I also remember the intimacy of a single voice telling the tale.

I have my opinions on how audible storytelling is different than writing or a movie and I’d love to hear yours.

Share your comments below. Have a great weekend! And we’ll see you back here next week at 8 pm (EST) for another Saturday Night Slice!

Howdy hobgoblins and hooligans, welcome back to another Saturday Night Slice! And in case you’re wondering about that-there-title, it’s just a tincy-wincy ref to Frank Miller’s The Big Fat Kill from his Sin City graphic novels (which is a great read I must say). Tonight’s blog is my 5th blog, so I’m gonna be short and sweet with ya’ll. I’ll be talking about the journey so far in the blogosphere and where we go from here!

And stick around after tonight’s Guts of It for news on next Saturday night’s blog! 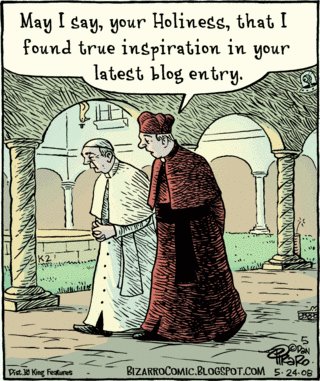 First let me say, thank you, to everyone “liking” or “commenting” and just giving general-all-around-good-feedback about the blog thus far. You know who you are, and I love all you guys’ support and your input. As I branch out locally to find writers of like-mindedness, it’s nice to know I’ve already found some here in Blogtopia.

Second, I want you to know that if I’m following your blog that I try to be as proactive and on top of what’s happening in your neck of the woods as I can. There’s a lot of blogs and bloggers out there and before getting into a debate of whose got a better blog than who, I’ll just say for the blogs I follow, your blogs, are of my taste…and I’m a picky eater!

And Finally, my format…

Some of my friends say they want “more of my opinion” in my blogs, alluding to how short my blogs actually are and lacking in my “personal thoughts.”

I think each blog has a voice and an audience it is trying to reach. What I want from mine is simple: I want you to have a blog to go to (this blog) that is quick and to the point. Insightful? Yes. Fun? Absolutely! But lengthy? Hardly.

Look, we’re just starting this conversation (you “the reader” and me “the writer”) and well, I don’t want you to have to commit too much of your time to me (yet). I mean, that would be like going on a first-date with some guy/girl who wouldn’t shut up about their views on pottery barns? the Kardashians?! or why Bruce-Campbell-is-a-f*#%ing-god!!!…but I digress…

For now, and the foreseeable future, you can count on Saturday Night Slice to be the place you can visit to tantalize your thoughts. The secret-weekend-bizarre-fix you take while between drinks with your friends, doing your taxes, or downloading your black-market copy of Dr. Horrible’s Sing Along Blog.

Next week, the Guts of It opinion blog will discuss the other more ancient forgotten arts of storytelling: audio-readings. We’ll also be answering questions and responding to comments from the week.

Until then have a great weekend! And we’ll see you back here next week at 8 pm (EST) for another Saturday Night Slice!

Ahhhh! I see you have returned my pretty-little-pets for another dose of the Saturday Night Slice! And as promised we conclude our final review of Guillermo Del Toro and Chuck Hogan’s The Strain Trilogy! In its epic finale the writers hold nothing back as we venture into their infectious vision of a world obliterated by the vampire contagion, and so likewise, neither shall we hold back in our review of… 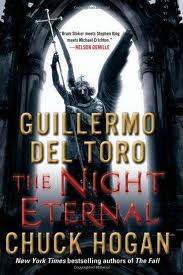 And stick around after tonight’s review for news on next Saturday night’s blog!

If you haven’t read any of the books in The Strain Trilogy you might want to tip-toe-past-this-part in the blog to the part entitled *SPOILERS AVERTED* Because we’re breaking the coffin off of this one!

The world as we know it is over. The vampire disease has spread destroying most of civilization and leaving the world’s sky in a black curtain of ash from a synchronized detonation of multiple nuclear reactors. The sun burns through the sky for only two hours in a day, but under the iron-fist-regime of the Master there is nowhere to hide, there is only The Night Eternal. The world is theirs, it belongs to the vampire.

Now you got the gist, so what about the book?!

So if you’ve been keeping up, the first book (The Strain) took a more medical or scientific approach to the mythos of vampirism, while the second book (The Fall) focused on a more historical look at the creatures. So what does the third book drive a silver stake through?!?! To some people’s love and others disdain the The Night Eternal delves into the fantastical realm or (even more appalling to some) the world of religion. The biggest hub-bub being that the trilogy’s most avid readers felt that it was Guillermo and Chuck’s fresh take on melding the science-fiction with the horror that made this franchise so enjoyable, and that perhaps leaning more into the area of faith…is a bit of…what shall we say… a cop out. Does this bother this horror fan (your’s truly, me)?!?! Nah.

One of the great things of The Strain Trilogy is how it plays in every setting horror has come to offer: scientific, historical, social satire, fantasy and yes even religion too. Maybe the reason this doesn’t bother me this much is because I’m a glutton for a well researched, well put together narrative. If the devil is in the details, then Del Toro and Hogan must have been obsessed/possessed when they wrote this tome. The Night Eternal is a book about vampires you devour like a vampire. A bloody good tale. But what about the ending?

There have been rumors Guillermo got the book published with secret designs to make the trilogy into a movie. Well if that’s true, I can tell you it ends like a big-budget-Hollywood-thrill-ride. Yeah, yeah, the hero (Eph) dies saving the world, but as we reach the finish line, it’s how he dies that kinda…well…rubbed me the wrong way. I wanted to see Eph’s son (Zach) not come to his senses. I wanted Z turned. Never coming back, in league with the Master, trying to kill his father, and even successful at doing so. That because of Eph’s blind love for his son, it jeopardized not only his life but everyone he loved. And I wanted the cool and calm Mr. Quinlan, the Born-vampire of the Master, (the one who spoke of the Master’s weakness being his emotional-hastiness, but wished to kill the Master out of revenge) that Mr. Quinlan, I wanted to get emotionally hasty (like his dark-father) and screw up his act of revenge. In Summary, I wanted The Night Eternal to have the same ending as it did, yes, but that both villians/heroes equally fail in their quests. That all were blind by their desires. I wanted the ultimate resolution to be more about mere luck (or fate perhaps, mmm?) than any character’s sheer will. Fatalistic much? Yes. A little more real? It’s just a book so we’ll never know. But for a story that takes a turn to faith? I have my doubts on that one.

Come back next week, you don’t want to miss the first Guts of It opinion blog. We’ll also be answering questions and responding to comments from the week.

Until then have a great weekend! And we’ll see you back here next week at 8 pm (EST) for another Saturday Night Slice!

WANT TO COMMENT?!?! HIT THE GRAY-TALK-BOX AT THE TOP OF EACH BLOG AND GAB AWAY!